TYING UP SOME MEAT

With Winters arrival up here in the Great White North, I have been getting back in the fly tying saddle.  It had been a long while since I've tied anything but baitfish for bass since the move up to Minnesota.  I'm slowly getting back in to the swing of things, and I must say, it's just like riding a bike.

There's ice on the lakes, so, this fly most likely won't see water until next June....unless I plan a winter trip somewhere warm that has big fish willing to eat an 8/0 Partridge Universal Predator X that trails behind a huge foam head.

**The above links are Amazon Associate links**
Posted by CARF at 6:30 AM No comments:

Lots of travel on the menu for me come the 17th, I am flying out of Minneapolis headed for Detroit to visit my homie out in Toledo, Ohio.  On Thanksgiving morning I am flying from Detroit to Chicago to spend the holiday with my family, and then I will be traveling back to Minneapolis. 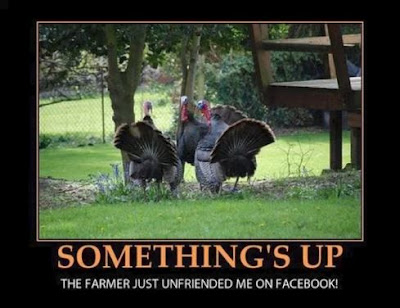 I do plan on packing a fly rod and at least attempting to wet a line in Ohio, and in some of my old honey holes back in Illinois.  I just hope the fish don't remember me, and bite my offerings.

I hope you all have a Happy Thanksgiving.  Eat lots of food, and get outside or enjoy some family time on the dreaded Black Friday.

Featured in the photograph below are 3 of my homies.  Jim Aronson, Charlie Forbes, and John Sherlock.  Jim was fishing a nice run, while Charlie and Sherlock were...I don't know.  Tying on new flies?  Talking about world domination?  Undoing wind knots?

Ever wanted to see the art of Jake Keeler in person?  Well, you're in luck, because, it's on display at Bad Weather Brewing Company.  You're also in luck if you wanted to tie flies while you visit the brewery to see Jake's art, because, on Friday, November 17th from 6 PM to Bitchin' you can bring your vise and tie some flies.

If you have never tied a fly before and want to learn, come on down!!!  Pig Farm Ink and Bob Mitchell's Fly Shop have provided vises, tools, and materials so those who want to try it out, can! 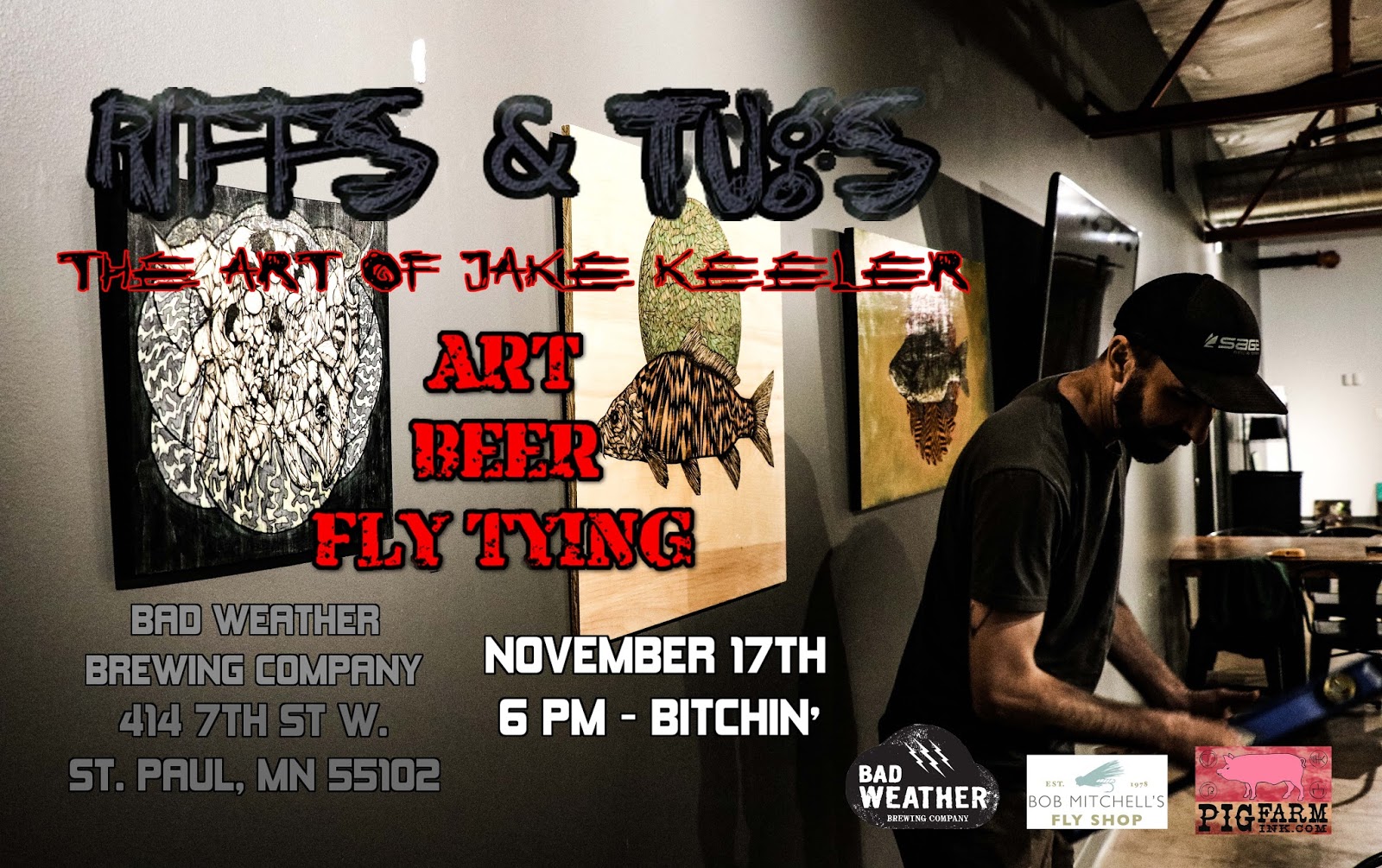 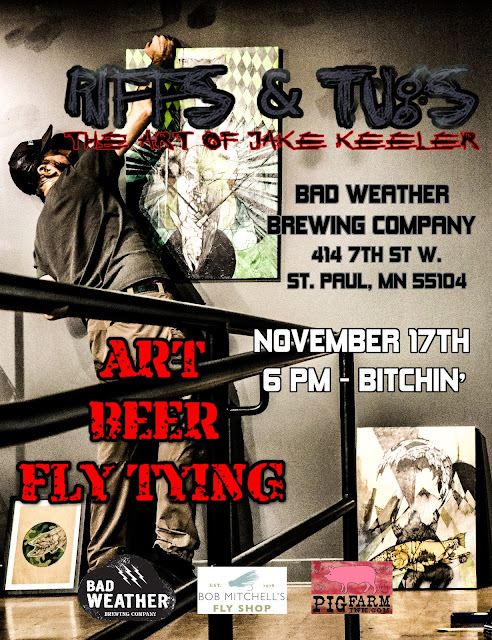 Tie some flies, drink some beers, and view some arts!

If you have any questions about the event, please feel free to contact either myself or Jake Keeler.
Posted by CARF at 6:00 AM No comments:

Winter has definitely arrived, and fast.  The weather I've been experiencing up here in Minnesota is usually what I expect toward the end of December and January.  My vise is out and fly tying is in full swing here at CARF Headquarters.

With winters arrival comes ice, and up here in Minnesota a whole new season of fishing begins.  Hard Ice season aka Ice Fishing but my homie Jay "Lord Boogie" Johnson calls it "Man Fishing."  I have a sonar, but nothing else.  I'm in the market for a rod, auger, jigs, and some homies that want to get out and hit the hard water here in Minnesota.

A whole new world of gear for me.  I'm kind of a sucker for gear, too.  I've been eyeballing the 13 Fishing Descent and Free Fall Ghost Reels.  I've never used them.  They visually make me happy, and I know that's not a good way to shop for gear.  Suggestions for rods, reels, and line welcome!!

Drinking beer, tying flies, and telling lies.  Another fun night spent at Lake Monster Brewing in Saint Paul Minnesota for Hops & Hoppers hosted by Bob Mitchell's Fly Shop.  I typically tie 1 fly at these gatherings, and spend the rest of my time hanging out and talking with the homies.

It's always interesting to see what others are whipping up at the vise.  On this night there were quite a few trout buggers being tied, along with some big musky, bass, and salmon flies.

I forgot this man's name, but he's only been tying a week.  He tied his first woolly bugger on this night, and it was nicer than any woolly bugger that has ever left my vise.

Micah Crider loves black hats and driftless trout.  He and his wife have a pretty sweet blog with some great photography and stories.  You should take a minute and check it out - The Driftless Flyer.

Just because it's an open fly tying night, doesn't necessarily mean you have to tie flies.  I like to consider fly tying an art, and while Mr. Sherlock was skillfully creating steelhead flies with a hook and vise, Charlie Forbes was right next to him showcasing his skillz with paint and a brush.

...and not long after the above photograph, Sherlock was showcasing the powers of super glue.

Charlie does some amazing work, and I am a fan.  If you haven't, you should really check out his Instagram page for more of his work.  It was a really great to see him meticulously paint his works at the open tie night.  I think he should do it more often.

Before he goes to sleep each night, Bobby Nacho's tosses back a few musky flies to keep his musky game strong.

Looking forward to the next open tie night I am able to attend.  My goal is to tie more than 1 fly next time.  I'm shooting for 2....Baby steps.

**The above links are Amazon Associate links**
Posted by CARF at 10:32 AM No comments: