The Chicago Cubs are going to the World Series! 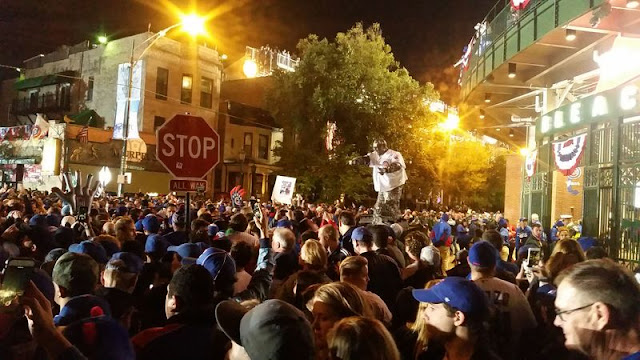 Unfortunately, I didn't have a ticket to the game, but that didn't stop me from heading to Wrigleyville to partake in all of the celebration that was going on in the streets.  It was PACKED, but oh so much fun to experience. 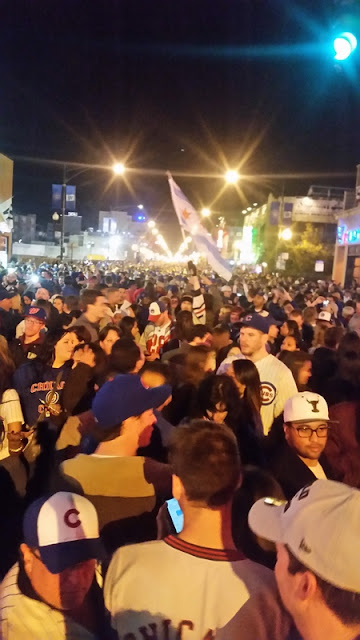 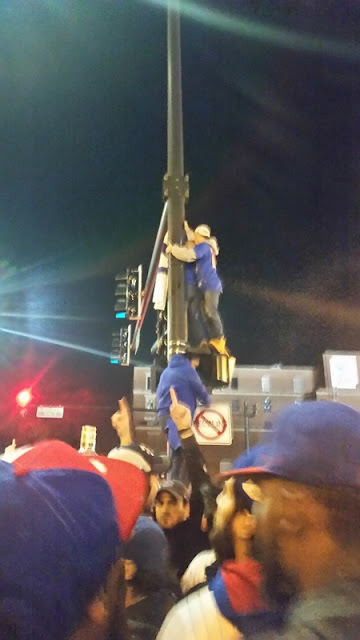 Surprisingly, there were only a few idiots out, and they were climbing the street lights, and as soon as they came back down they were taken away by the boys in blue, and I'm not talking about the Chicago Cubs.  Other than that, everyone was having a great time in the streets and in the bars.  I didn't see any fights or flipped cars, but the Cubs also didn't win the World Series.  I'm hoping they do, though...and not because I want to see flipped cars. Haha 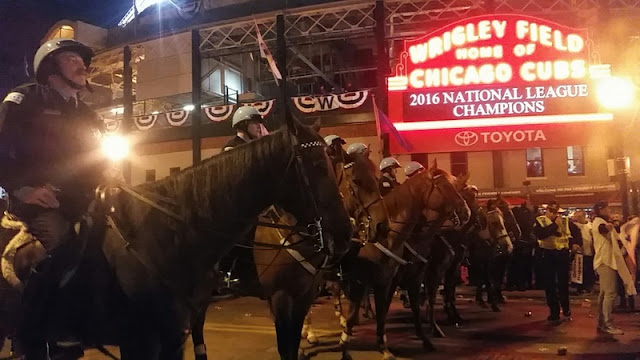 What a great time to be a Cubs fan!

Oh, and hats off to the Chicago Police Department for doing a fine job amidst the chaos of Cubs fans.  I could tell that some of the officers were enjoying being there and just watching some of the drunk idiots.