The 1st annual Midwest Golden Bones Fly Tournament was a great success.  Kurt Nelson and Bill Katzenberger were the masterminds behind the tournament, and my hat goes off to those guys for all of the work they did.

There's a great write up, and some fantastic photographs from the event over at the Tippets and Tales blog.  I highly recommend you check it out!!!  --CLICK ME--

The event even made The Moldy Chum blog. --CLICK ME--

FRIDAY - MEET UP AND PFI: IRON FLY
I hosted the PIG FARM INK - IRON FLY event to kick off the weekends festivities at the Rivers Edge Bar & Grill in Batavia, IL.  Kurt had his Towee boat parked in the beer garden and he had compartments filled with ice and beer provided by Sweetwater.  Booze, Boats, and PFI: Iron Fly...an equation that equals a bitchin' good time.  Huge thanks to my homies from the FARM for hooking it up with some killer prizes provided by Yeti Coolers, Costa, and Post Fly.  What a fun night of fly tying challenges, happy anglers, and some creative and questionable flies.  I only took a few pictures, and they're not good. (For pictures please visit Tippets and Tales post.) 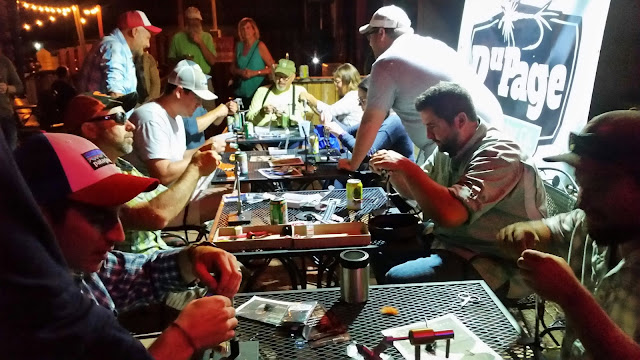 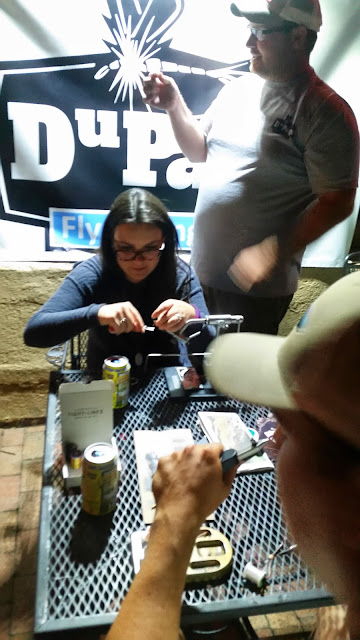 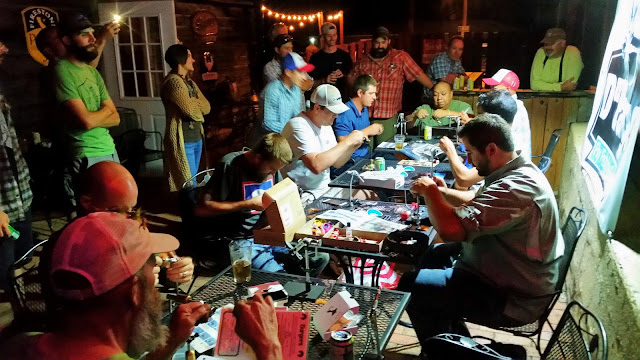 SATURDAY - TOURNAMENT DAY
Check in at the DuPage Fly Fishing Co. shop was between 6 and 7 AM.  I arrived at 6:58 AM.  Haha  I had slept over at my cousins place which was literally 10 minutes away.  I woke up early and told myself that I had time, and I should just close my eyes for another few minutes.  Next thing I know, I wake up, and it's 6:47 AM.  I was out the door!

After arriving fashionably late, I received my swag bag, measuring device, was given the run down of the rules, and off I went.  Per usual...I didn't have an exact plan of attack, but when Bill said that Salt Creek was in, I knew I had to go back to my old neighborhood.  On the way to my spot, I became very hungry, so, I stopped for breakfast at my favorite breakfast spot, and ordered my usual chorizo/jalapeno omelette, with extra crispy hash browns, and pancakes.  I was stuff, so, when I finally arrived to my destination....I tilted the seat back in my car, and took a nap. (Oh, it was raining at this time btw.)

2 hours later, I woke up to a big truck, and some guys talking.  I leaned up and peaked to see who it was, and it turned out to be 2 guys from the tournament.  Hilarious.  We had no idea anyone else knew about the water we were intending on fishing.  Needless to say, they were already geared up and ready to rock and roll on the water, but I on the other hand definitely was not, so, I started my car and drove to a back up spot in the area.

...and after fishing a little while at the back up spot, I decided to head back to Naperville and fish the DuPage River.  Long story short...I caught a bunch of small smallies, and bluegill.


I finished the day with no carp, but that was quite alright with me.  Once back at the bar for the final results, there was a plethora of food and booze.  Just what you need after a long day of fishing.  The guys did an outstanding job organizing this event, and I'm looking forward to it next year.  Congratulations to all that won raffle prizes, and those who placed in the top 3 for the carp that they caught.  Extra huge CONGRATULATIONS to Mike Allen who won the tournament with an insane number of fish caught.  You da man, Mike.  You da man!
Posted by CARF at 6:30 AM