The plan was to meet up and fish Salt Creek near the show with Dave of Chi-Tie / Urban Assault Fly Fishing, and Adam of Adam Alexander Photography at 06:30, but I had one of those mornings.  You know, the one where you just continue to sleep, and wake up at a time, later than the one discussed.

I arrived at the show around 12:30.  Much later than I had anticipated.  I was looking forward to sitting in on a presentation on fly fishing the Driftless Area of Wisconsin presented by my buddy PJ, but unfortunately when I sat down, he began the Q&A, which normally only takes place at the end. 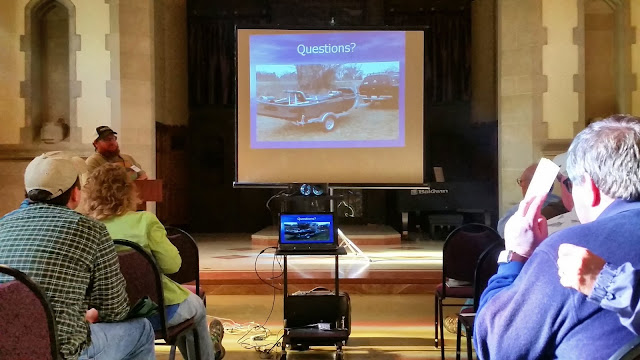 PJ and his wife Donna are two of the most pleasant people you will ever meet.  They both love to fish, and are both very knowledgeable, so, if you're ever looking for a guide for Southwest Wisconsin, shoot him an email.  He even has cool shirts!
Facebook -- PJ's Guide Service
Email/Contact -- pjguides@sbcglobal.net
Throughout the show, there were casting demonstrations going on outside on the lawn.  Someone mentioned to me that if I haven't casted a double handed/spey/switch rod, that I should go out there and try it out, because, Douglas, the guy teaching it was awesome.

They were spot on about the instructor.  His instruction was knowledgeable, clear, easy to follow, and funny.  After learning how to spey and switch cast, I now want a two handed rod.  While I only spent about an hour with Douglas learning to cast, I know that I can recommend him as an instructor, because, I know if I ever need to relearn it, I'm going back to him. 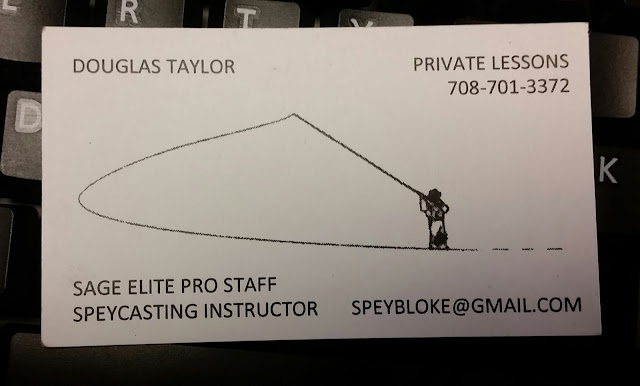 Here's a cool guiding service with some really cool dudes from Wisconsin.  It was great talking with them, especially, learning about "Crash Camp."  Check out their site for more information, and some fun facts about the guys.  I got a good laugh from it. 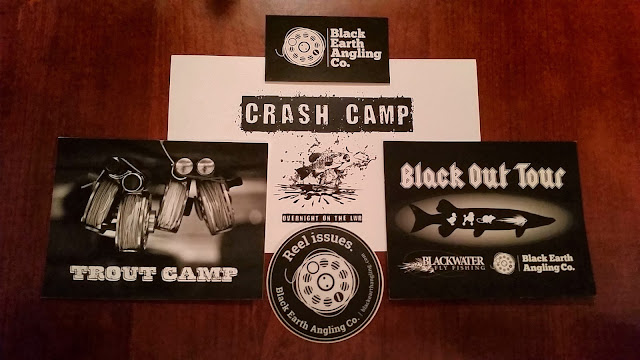 I received this fly from one of the local tyers of DRiFT (DuPage River Fly Tyers).  I was told that it's an excellent pattern for crappie, and I think I should believe him, because, the tyer goes by the name of Crappie John.  Thank you, for the fly, John! 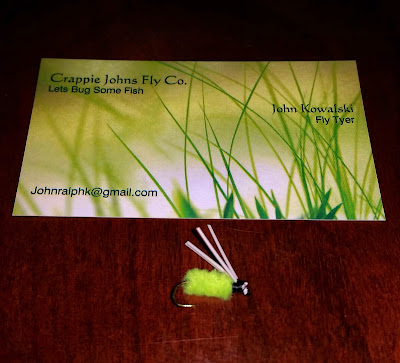 I'm a fan of stickers and cool t-shirts, and when I saw the table for The Driftless Angler, I got exited, because, I have been wanting one of their shirts for a long time now.  Unfortunately, I didn't have much time to talk with the guy working the booth, but I did get the t-shirt I've been wanting.

I also picked up some awesome stickers from them, too.  Looking forward to finding a home for these. 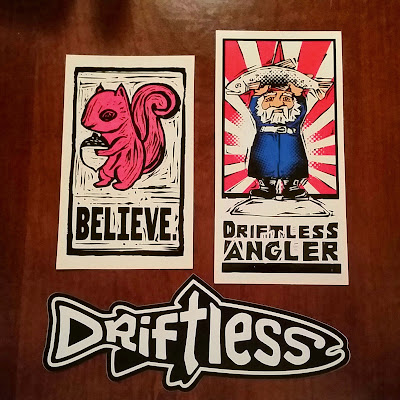 When I was finished learning how to cast with a two handed rod.  I went over and talked with Matt Sment about Tenkara, and even learned how to cast one.  Interesting stuff.  I can definitely see myself using one of these rods for bluegill and my small creek fishing for smallies. 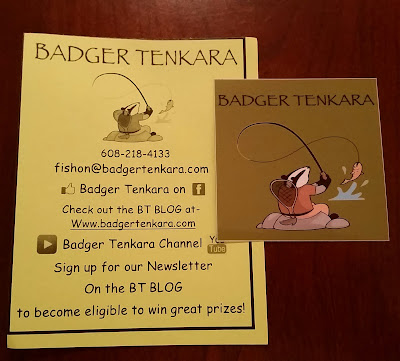 After the show I was walking out with Dave and we stopped by his buddy Abe's (Blackwater Fly Fishing) truck for a beer, and some great conversation.  I didn't get a chance to talk much with them during the show, but the conversation in the parking lot between the guys with Blackwater Fly Fishing, Black Earth Angling, and Tight Lines Fly Fishing Company, I can tell that all of them are pretty cool dudes, who I wouldn't mind going fishing with. 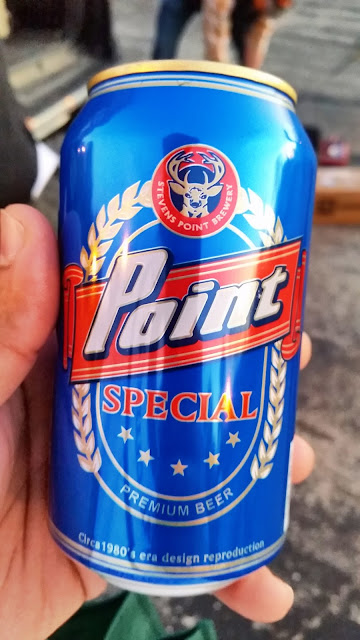 Blackwater Fly Fishing is sponsored by Stevens Point Brewery, a local brewery of the area they fish in Wisconsin.  How awesome is that!!!  That's the best sponsorship I have heard of.
Posted by CARF at 12:41 PM