4/0 - 6/0 hooks, grizzly hackle, buck tail - and lots of it. Musky was the focus of my thoughts the past few months, as I prepped for a 3 day trip to Flaters Resort in Holcombe, Wisconsin. The resort is located where the Chippewa and Flambeau rivers intersect. It's a small family owned/operated business with some great people. I recommend it if you're thinking about going up to the area.

Day 1 - Friday 10/11/13
We arrived early, and decided to wade and fish a dam on the Flambeau River. We were skunked. They didn't have any of the turbines open and the water was low. Should have listened to the guy who just unloaded his boat when he mentioned that the fishing would be tough for us near the dam with no turbines open.

After checking in, and getting dropped off with the boat only halfway in the Flambeau River, The Fat Gordo was the only person ready to fish. While Fish Dank and I set up our gear, Gordo was greeted on his first cast by a 30" musky following his buck tail spinner to the shore. Then after 10 minutes of floating Gordo gets another follow, but from a much bigger musky. It was an extremely windy day, and it did not help my mediocre casting abilities (I am the only fly fisherman. My other 2 friends were tossing big lures.) The day ended with myself and Gordo landing 2 smallies. The wind proved to be too much for me toward the end of the float. My fly came in contact with my rod 1 too many times while casting, and I broke off the tip section of my rod. (Possibly the fly hitting it. Thank goodness for that Redington warranty)

Day 2 - Saturday 10/12/13
Floated the Chippewa River for about 9 hours. Fish Dank was the only person to land any fish - 2 northern pike and 1 smallie. No fly fishing for me, but luckily I did bring my bait caster and a small lure box. We saw tons of adult and juvenile bald eagles. We also got to see 3 deer cross the river in a rather deep stretch - pretty cool! The wind had us behind in schedule, and we floated down river in the dark for 1.5 hours - not cool - depending on me and a small head lamp to search for possible dangers ahead. We made it out safe, and to Flaters 75th Anniversary party. Free booze and sloppy joes! Can't beat that!

Day 3 - Sunday 10/13/13
Short float on the Flambeau River. Fish Dank tossed a buzz bait and hooked up with a pike. He also, had a few blow ups from another pike and a smallie. After we checked out, we stopped by another dam and fished from the shore. Saw a guy in a boat in the middle of the river catch a fat 45" musky.

...and that concludes my trip. I miss those rivers, already. I cannot wait to return to them next year. Hopefully, multiple times...with a spare fly rod! I have a custom 10 wt being built very soon.

Enjoy some other pictures. 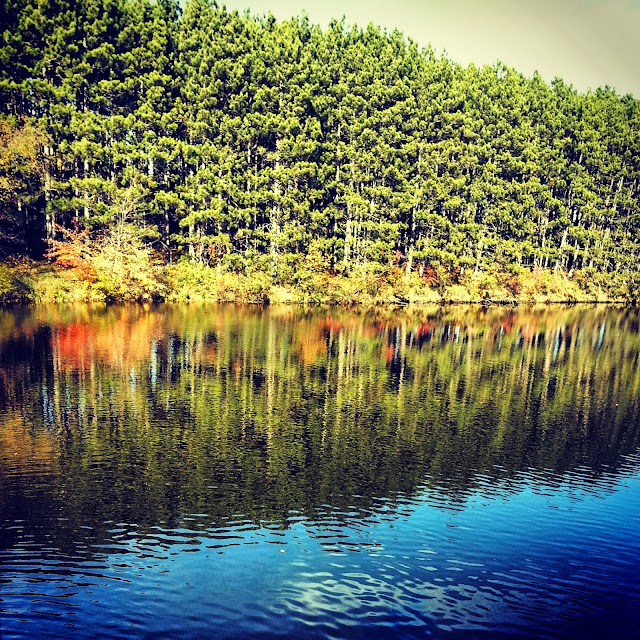