I sat down with the guys from the Brown Trout & Bridge Beers Podcast to talk brown trout.  Per usual with me, it went off subject rather quickly and we found ourselves chatting and laughing.  The conversation went from talking brown trout fishing, to whales, dolphins, mop flies, marabou, and I gave some tips on how to succeed out on the water. 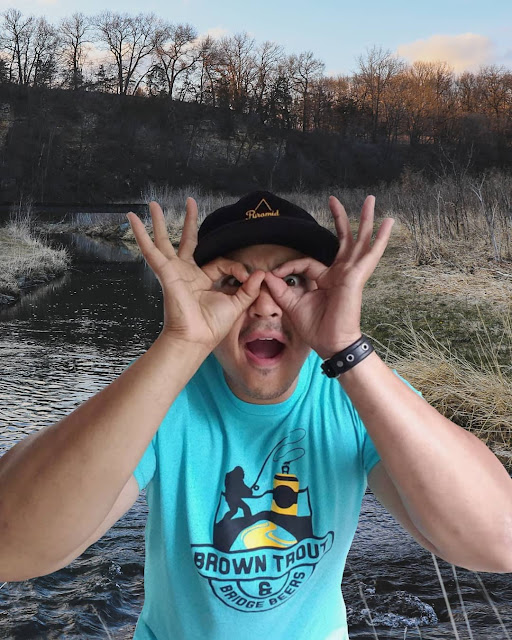 Give it a listen to below.


Would love to hear some feedback.

Where you can find the guys of Brown Trout & Bridge Beers:

My entry for the contest is a mop fly Christmas tree.  This is a fun fly to tie.  It's super simple and according to +Mel Moore of The Bluegill Bug on Facebook, it's super effective.  I could also see trout eating these, because, it sort of resembles a big cased caddis, too. 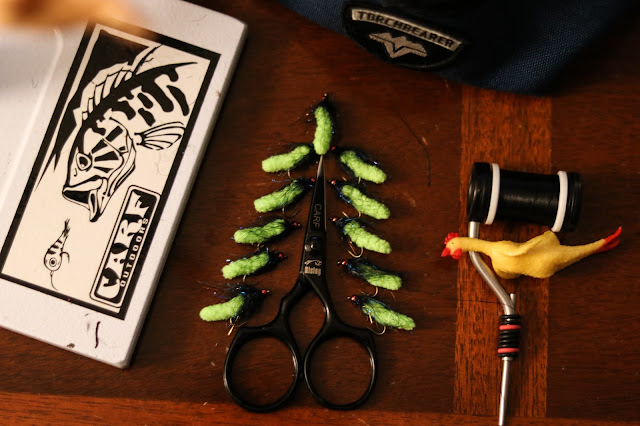 What do you think?? 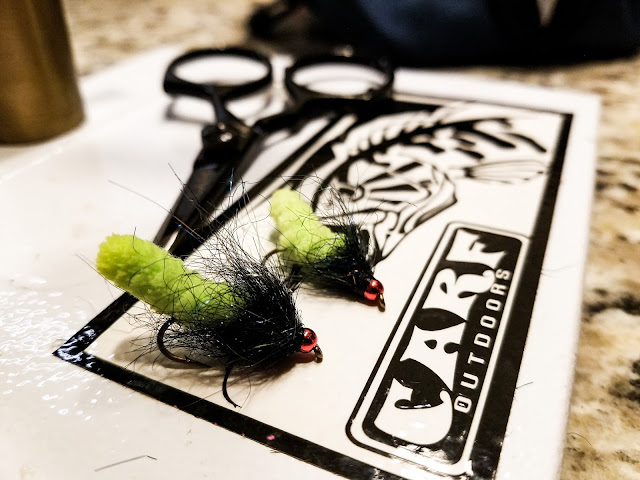 To all of you out there that read this, I would like to wish you and your families a very Merry Christmas, and I hope you all get some time off of work.

Side note:  I posted this with the year 2018 in the title and was called out by the man, the myth, John Sherlock.  I will not update the title of this post, I sincerely hope you all have a very Merry Christmas in 2018. :)

**The above links are Amazon Associate links**

Let's Have Some Fun

Alrighty - I promised you guys a contest back in January, I believe.  I am now ready to follow through with that.  I've also decided to make it a string of contests, so, consider this the first of quite a few.  Exciting right?!?!

I'm all for jokes and laughing, and favorite comments to scroll through are found on "CAPTION THIS" contests that you would see on the Book of Face, and IG.  With that said, I give you...

Below you'll find a picture of our beloved Blogging friend +Howard Levett from WINDKNOTS AND TANGLED LINES.  I will have one of my coworkers choose the best comment next Wednesday 04/26.  There are prizes for the winner.  I will disclose the prize once the winner is chosen.  Oh, and Howard is allowed to participate. 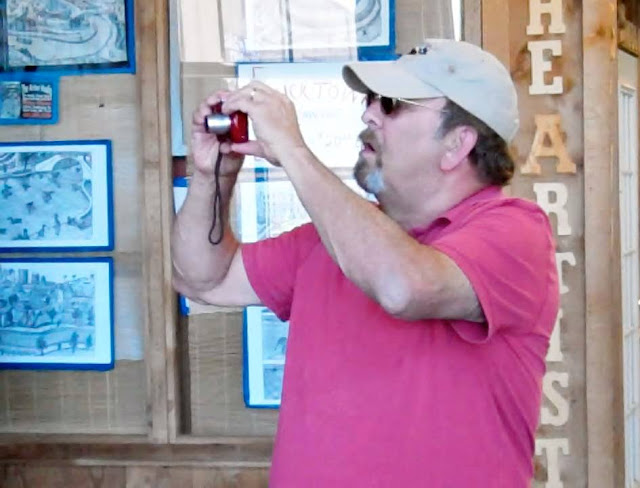 There is no cap on how many comments you make.  I do ask 1 favor, but it's not required - Subscribe to my CARF Outdoors YouTube Channel.  It's not required to participate, but it'd be cooler if you did.  I have some things in the works for that, that I believe you all will enjoy.  :)
Posted by CARF at 9:35 AM No comments:

I hope everyone has a very Happy Thanksgiving.
Eat lots of good food!
Don't go waiting in lines after dinner or the day after.  Get out and enjoy what's out there!  There's so many other things that you can do with your time that would be much more enjoyable than waiting in some department store line to save a few bucks.
I know I plan on getting out and going for a hike or possibly a quick wade on some small waters that I know won't produce any fish, because, it's that time of the year...but who cares!  It'll just be nice to get out and enjoy nature. 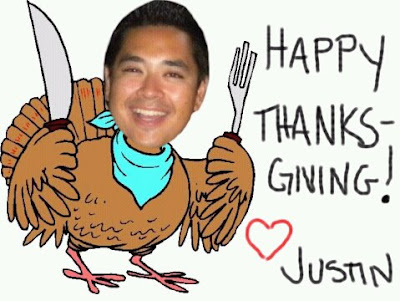 I have many doppelgangers, and my friends love to find them. 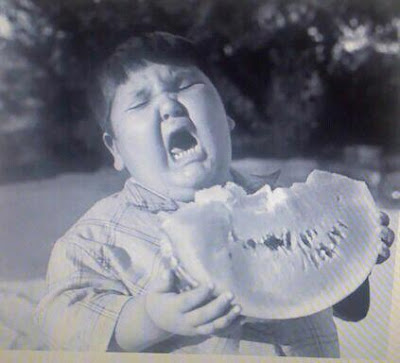 Happy Thanksgiving to all of you and your families.

So, more than a few months ago, I was sent a direct message on Instagram.  The message was from "Keep It Reel Fishing."  I was not the only person this message was sent to, there were, I think 19 other recipients.  (Whatever the max per message is.)

The message read as follows: 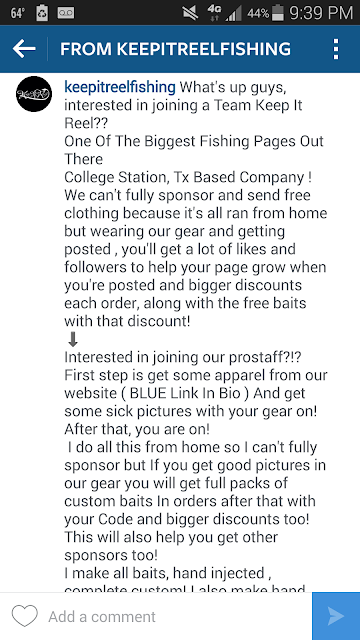 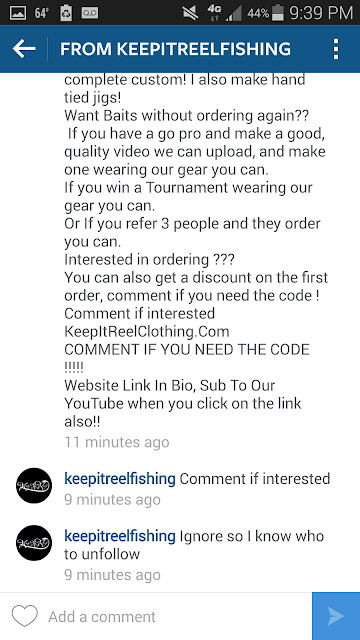 So, after reading that, you're probably super jealous that myself and those 19 others received such a tasty deal, and you didn't....AM I RIGHT?!?!?!

For real, after I read that message, I laughed, and read it again.  Now I know what you're thinking, there's no way that pitch worked.  I was thinking the same exact thing. 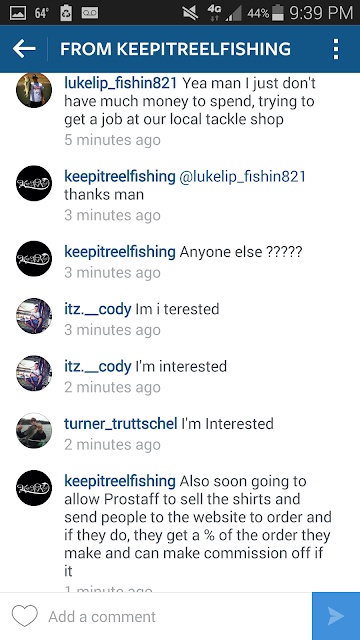 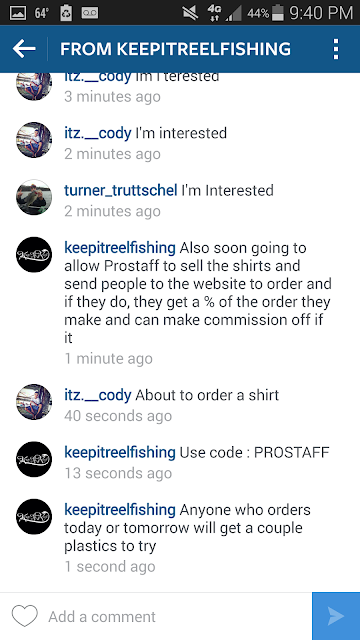 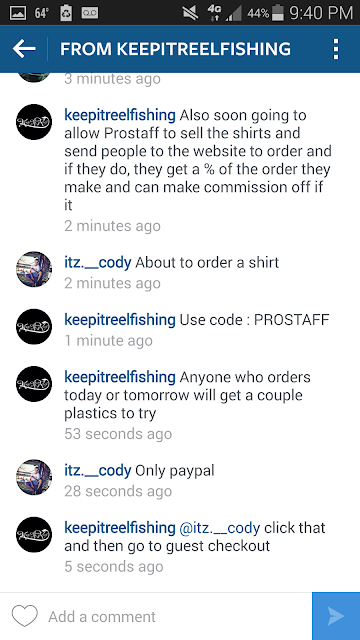 I couldn't believe my eyes, and that's when it hit me.  All of the individuals that responded that were "interested" were young kids.  What a low low thing to do...that terrible sales pitch combined with the use of the term "PRO STAFF" just fooled these young kids.  They saw the term "PRO STAFF" and got excited, and bought a shirt, because, they're going to be on a pro staff.

I get it, you want to make money with your shirt sales.  I'm cool with that.  They should have just said, "the only way to be posted on our page, is if you buy a shirt, and are wearing that shirt in your fishy photo.  In turn this could lead to more likes and followers on your personal page." ...and left it at that.  Maybe I'm wrong about the message they sent, maybe some of you will agree with me, and some of you won't.

Just remember, I get it.  They're just trying to capitalize on the free and glorious open market that is Instagram, and I've got no issue with that.  I just disagree with how they are doing it, well in this case particular. 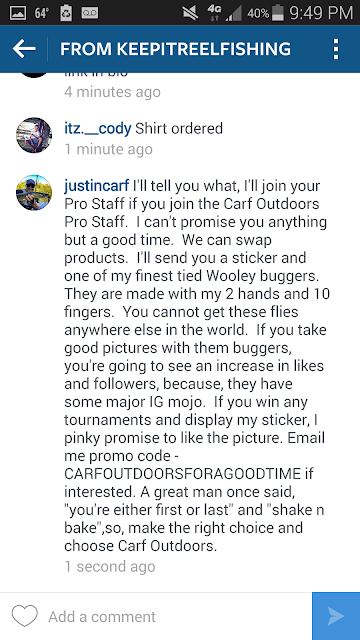 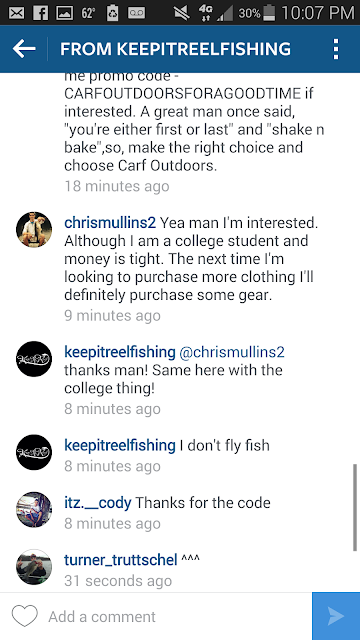 Not a bad deal, right??  I was really hoping we could work out a deal, and Pro Staff each other, but Keepitreelfishing, doesn't fly fish.  Boo hoo.  Not to worry!!  I am always prepared.  I've also got codes of my own, too! 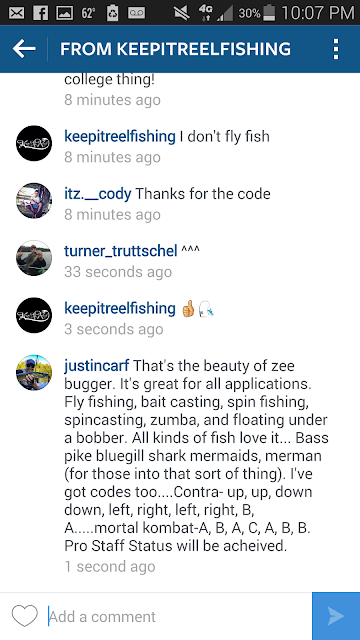 Unfortunately, I was ignored by all.  I think I should have used the term "PRO STAFF" more, and maybe I could have hooked Keepitreelfishing to join forces.  Not the case.  Keepitreelfishing continued to "fish" for more sales the next day, and then I left a comment that was 100% true. 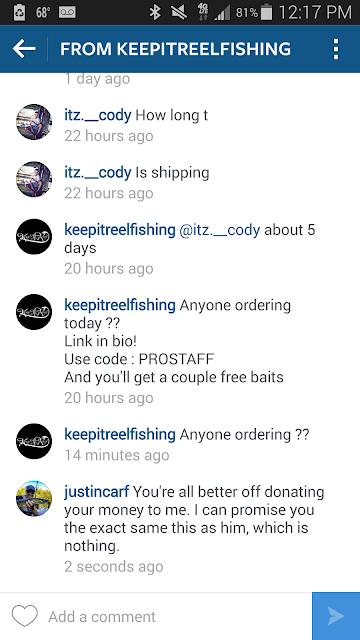 I received a new private direct message from keepitreelfishing sent to me, and me only soon after my comment.  Did they finally cave and decide to exchange Pro Staff titles???? 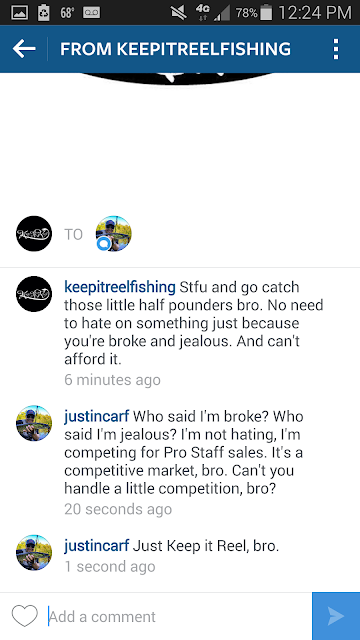 Unfortunately, they were not happy with my comment, because, it was the truth.

Apparently, I am a broke, jealous, hater, that catches half pounders....

Well, after informing them that Pro Staffing was a competitive market, I was blocked, and could no longer communicate with them.  I was just trying to keep it real, but it's unfortunate, they were not.

Balsa Is Not Dead

Great video that I've seen that has been catching some buzz around the interwebs.  It makes me wish I had the space for bigger tools.


Looks like Google is still having some minor issues, but some comments are staying put, and others are showing, not showing, then showing, and then disappearing again.  Let this end!
Posted by CARF at 6:00 AM No comments:

Have you ever made the mistake of going to cast, and forgetting to open the bail on your spinning rod???  I've done this often, but never once has it happened to me this bad.


Turn up the volume, and you'll hear me laugh at myself.  It's something I do often, because, I'm hilarious. Ha  What you can't see in the video is the slope that the rocks are on, that's why my rod and reel rolled into the lake.  I laugh every time I watch it.  Watch my hands, you can tell that I am helpless and there was nothing left for me to do but watch, and laugh.

Oh, and if the video from my last post didn't work for you, check it out here.

Eye of the Fire Tiger

+Dave from Urban Assault Fly Fishing was headed down to Florida for a week. I tied him up some of my white and gray EP fiber baitfish. Hopefully, these worked out for him down there. If not, I'm sure these will catch some bass around our parts. 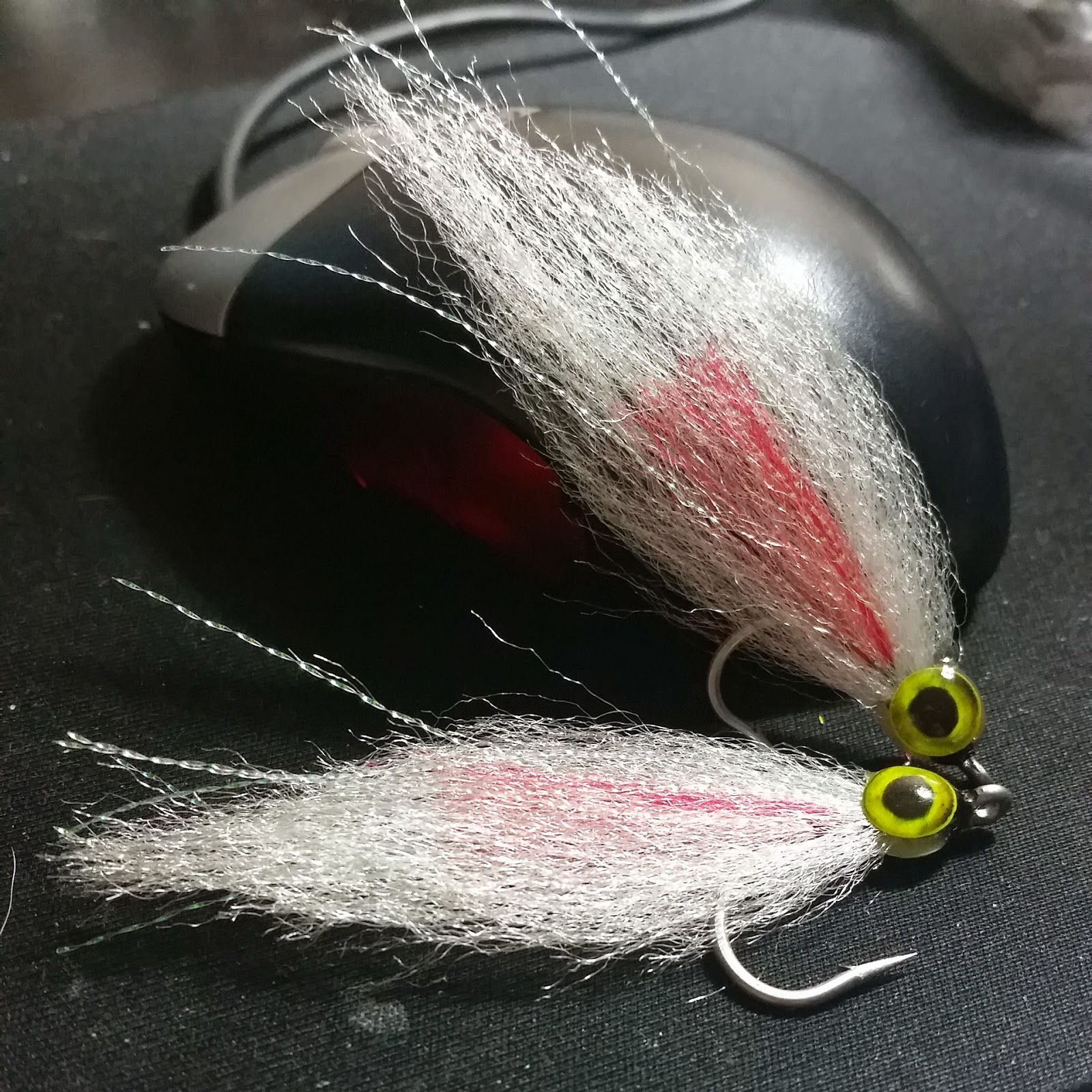 I also tied him up a gurgler. Just like the baitfish, if he doesn't catch anything on it down in Florida, it'll most definitely be able to attract some bass up here. One thing I did with this pattern was glue the 2 pieces of foam together, which I have never done in the past, and it makes for a much better fly. Always learning, I am. 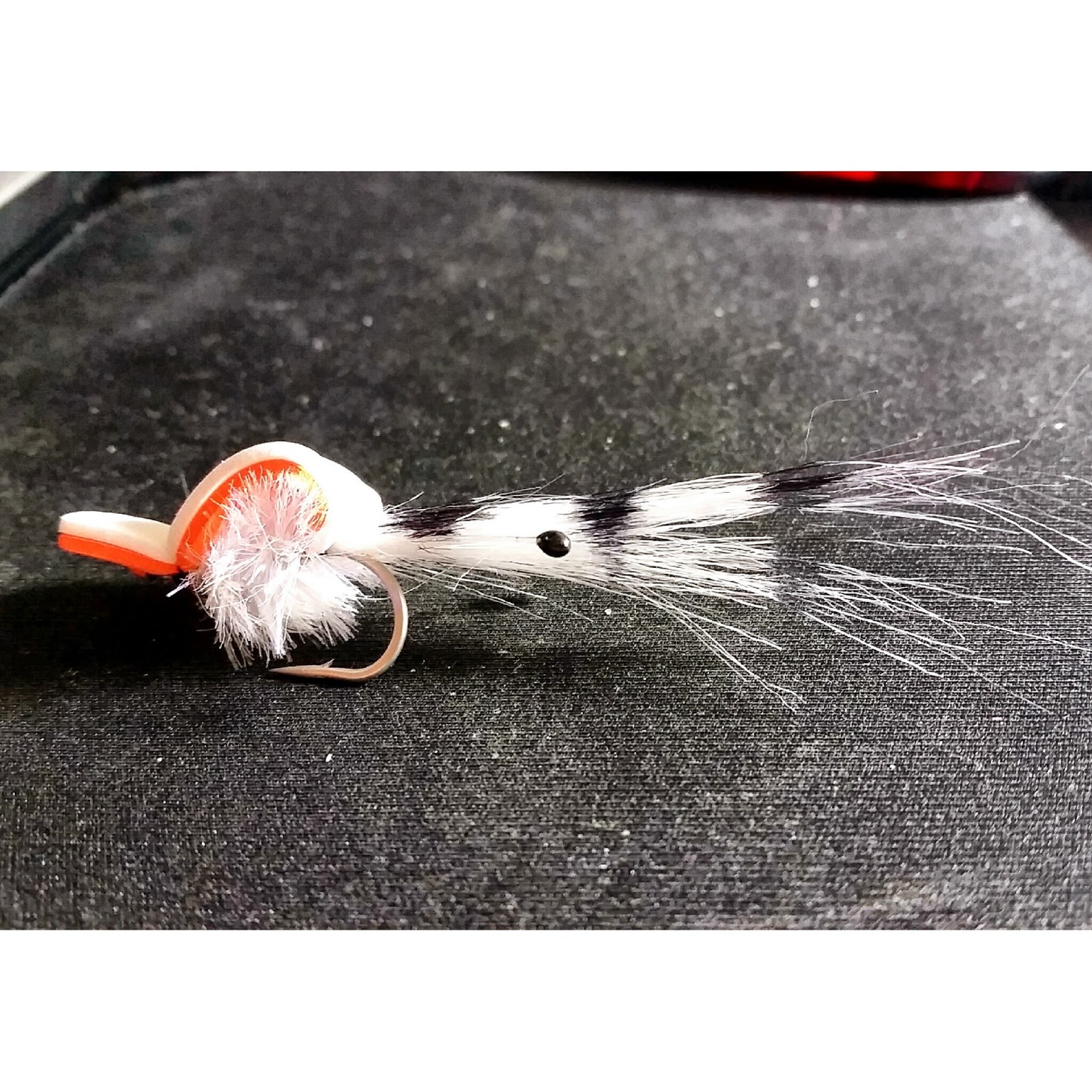 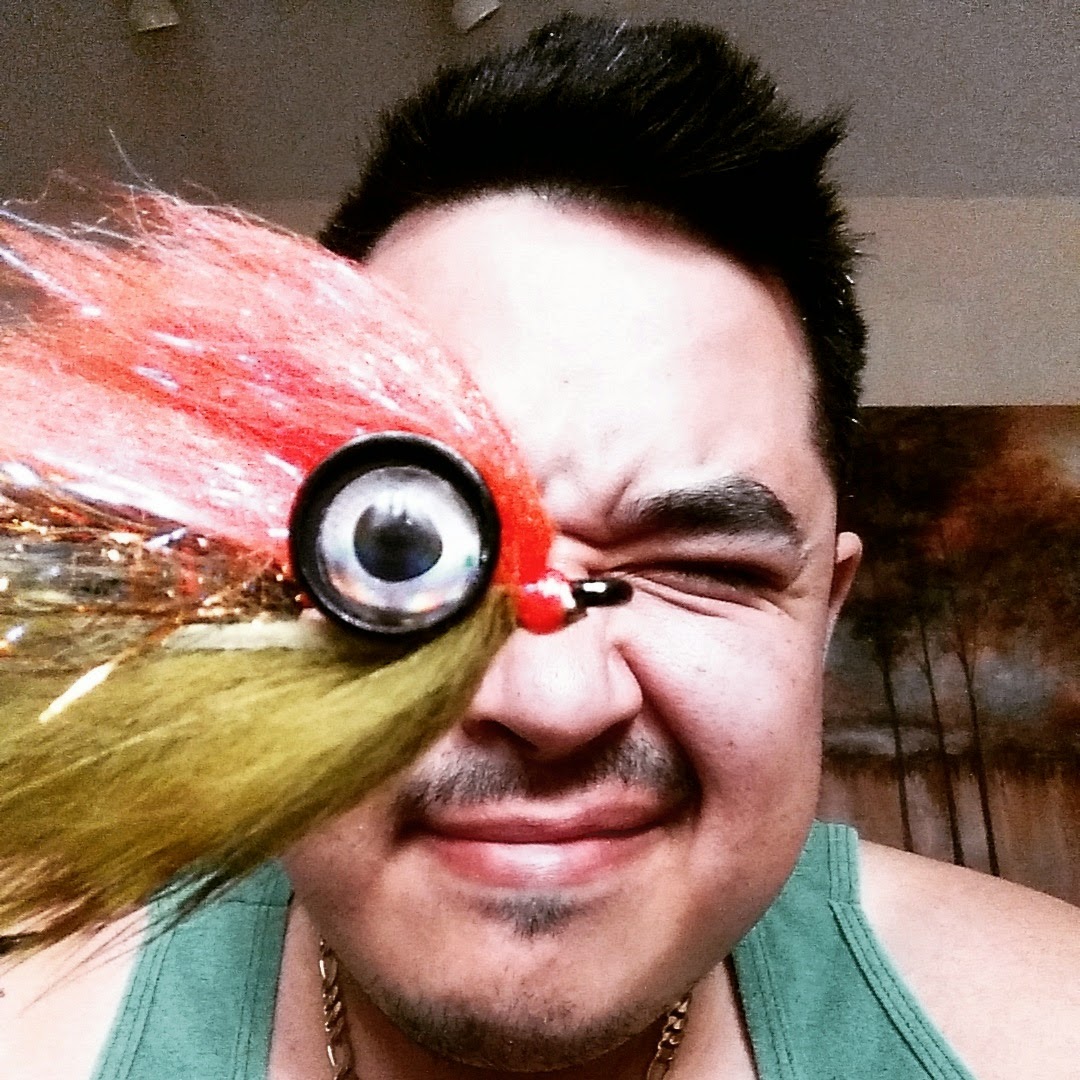 Over the weekend while my GF and I were taking the dogs for a walk, she thought it would be funny if she put Bo Marley in a swing. Well, sure enough, the little stinker loved it...or at least tolerated it. Haha 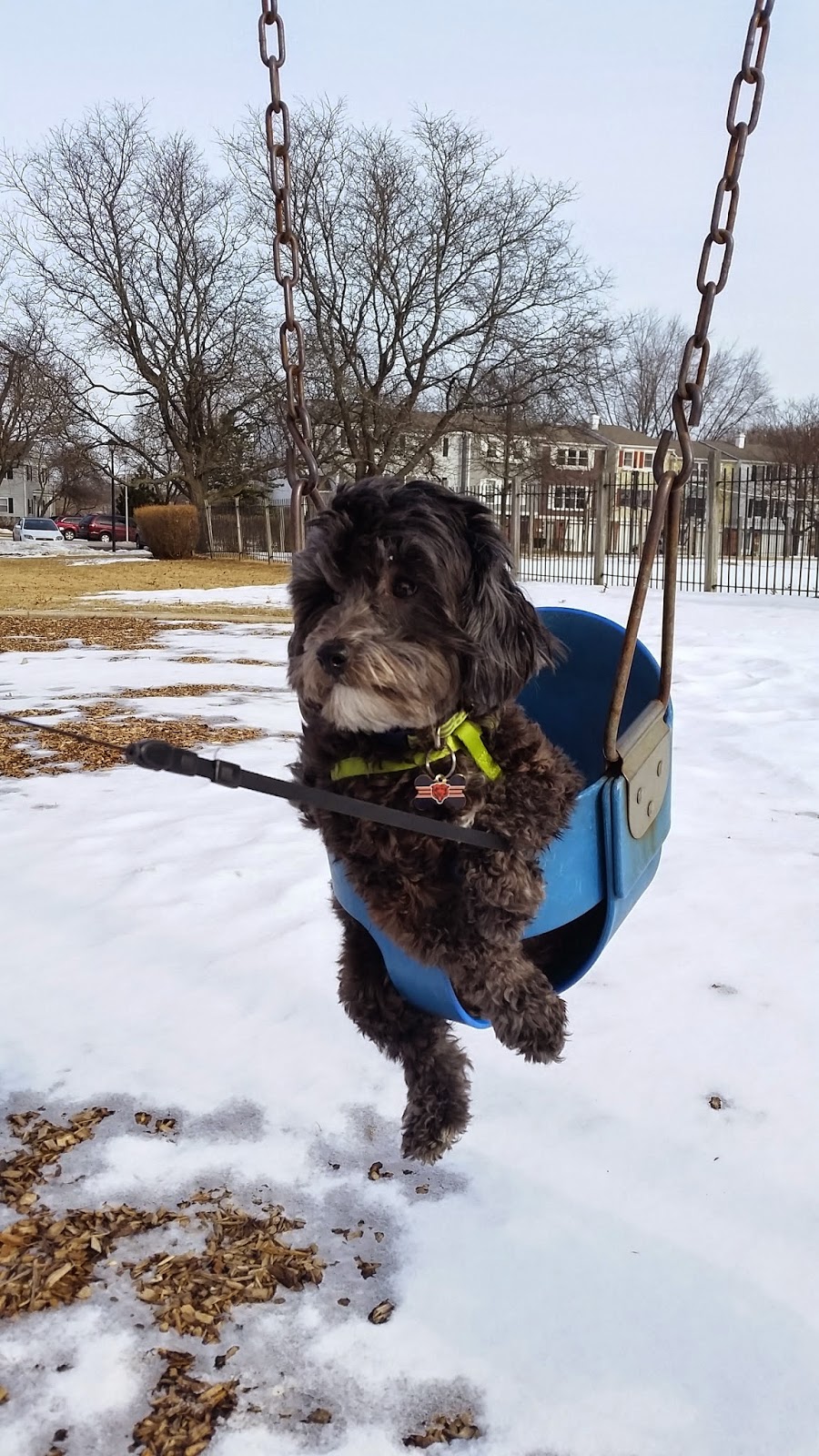 As I was cleaning out some of my memory cards and viewing footage and pictures before deleting them. (I have quite a few memory cards for my cameras.) I came across a video that is short and sweet. I was attempting to take a selfie, but I clearly did not change the settings on my camera and I took this video. =)

So, as these videos on social media popped up everywhere, I had my fingers crossed that no one would nominate me. Well, someone did, and me being a good sport, I participated. Instead of donating my money to ALS, I will be donating to Autism awareness. I just wanted to share my video with all of you.