Found myself in Wisconsin with some time to spare, so, I did the logical thing....I went trout fishing.  I was out and about enjoying the weather and hiking around Willow River State Park, and afterwards, I decided to head on down the road to the Kinnickinnic River.  I grabbed my FSA custom 3 wt, Vedavoo hip pack, and Tacky fly box, tied on a top water bug I've been working on, and walked on down to a new spot I scoped out back in June.

The no name fly I've been working on was the ticket and my fly box was not needed.  I found some rising trout on the tail end of some small riffles, and they were picking off anything that was drifting through.

Wet waded up the river just a little bit in to some skinny water, and found some a few more fish drifting that same fly.  I don't know if it was the fly or the amount of fish caught, but the fly was starting to come undone.  Need to do some tweaking...I kind of want to think that the trout were just beating it up throughout the short outing, which is very possible.

Came across a floating fish, and upon further investigation - I determined it was the biggest trout that I have ever seen with my own eyes in the Driftless Area of Wisconsin, and that it was a brook trout.  Didn't have a wallet on it, so, I wasn't able to determine it's age or where it came from. 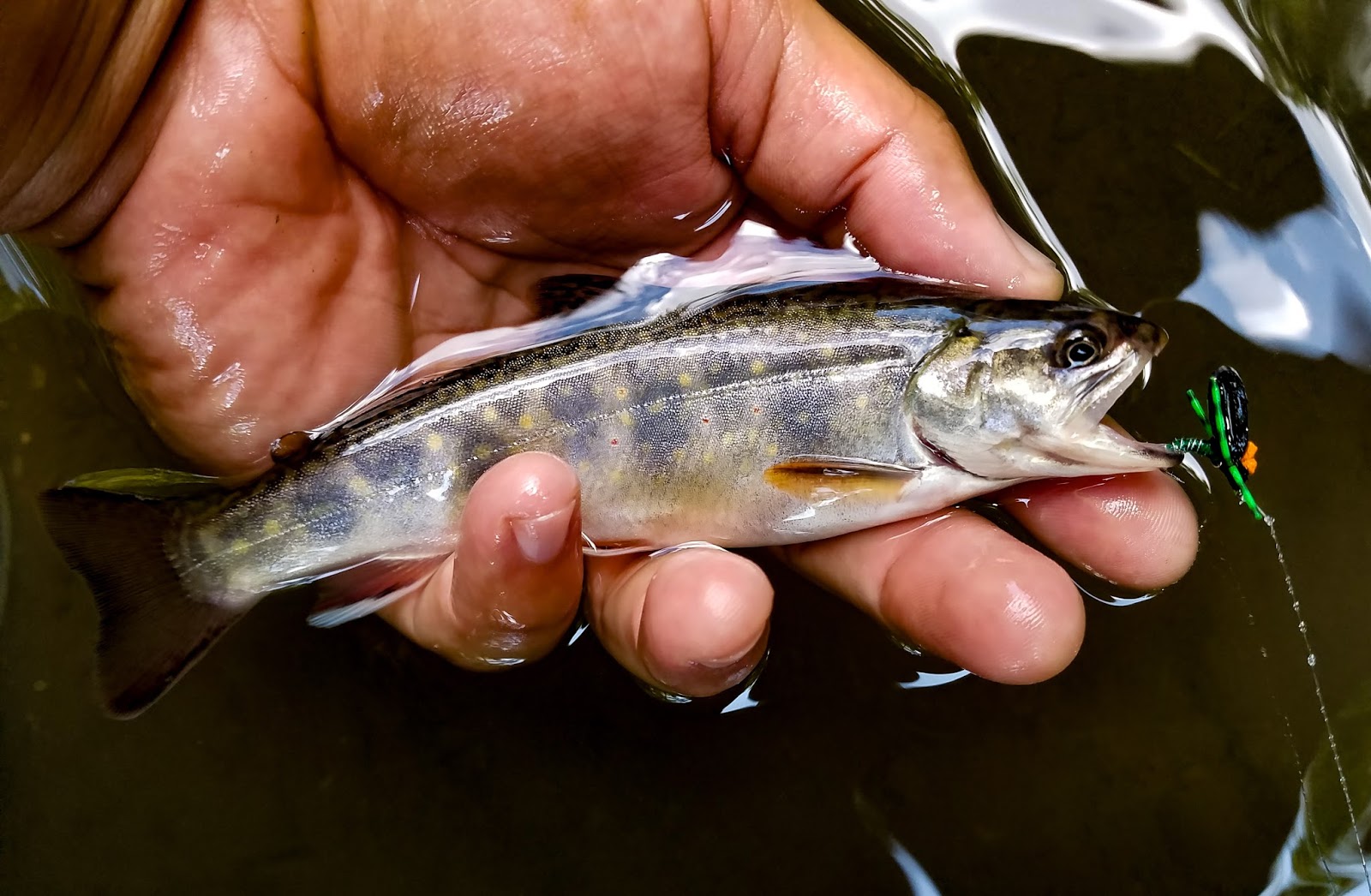 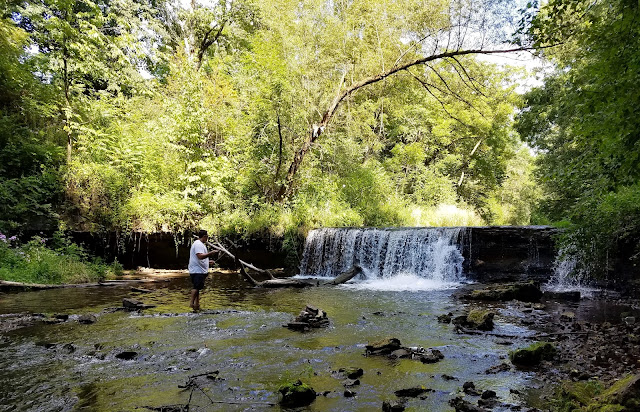 All in all it was a solid 1.5 spent fishing on a beautiful day, and a reminder to me and to all of you that live here in the Midwest to get out there and enjoy the outdoors and the kick ass weather while we have it....Winter is coming. 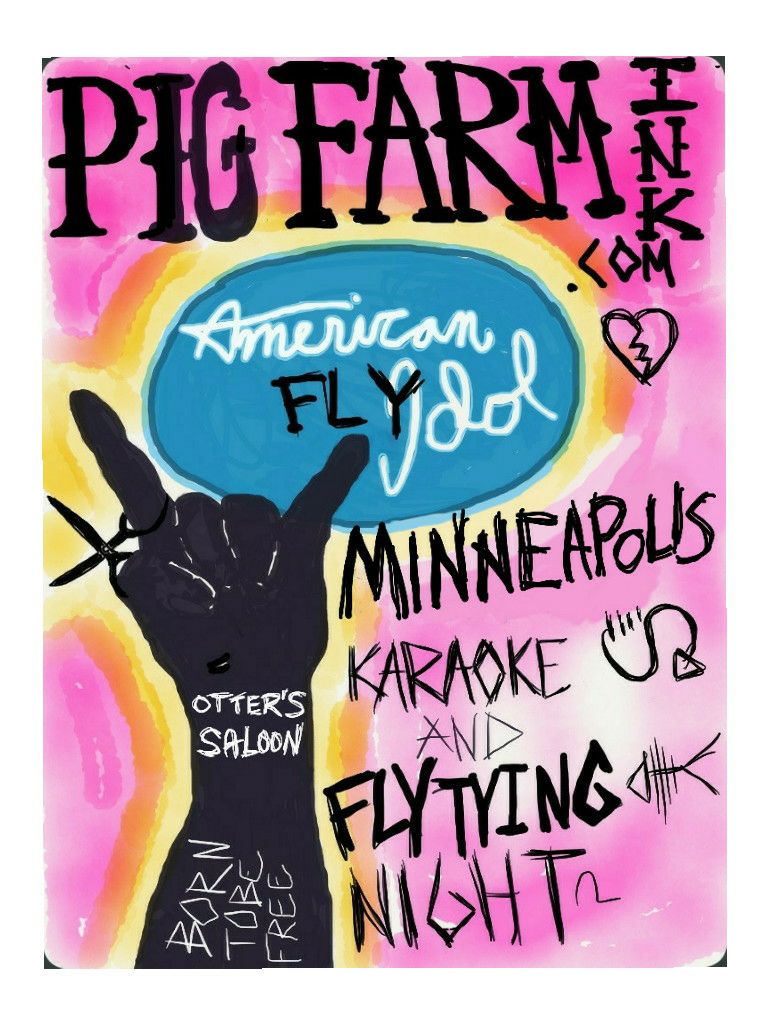 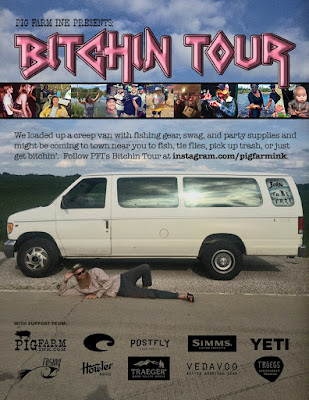 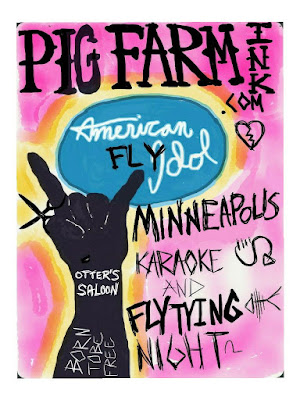 Come on out to tie flies and belt out some jams with the Pig Farm Ink Tour crew at Otter's Saloon for AMERICAN FLYDOL! Bring your vice, tie some flies, or just come on out and party.  Jay Johnson, Nick Halm, Jonathan Jones, Casey Anderson, and myself will be there.

Bob Mitchell's Fly Shop and Conservation Corps have teamed up with a few different breweries to host 4 separate river clean ups around the Saint Paul/Minneapolis area.  I attended the first one, and had a great time.  It was my first river clean up, and it was such a positive experience cleaning up some trash around the waters that I fish.

I got to explore a part of the Kinnickinnic River that I hadn't fished, and it was beautiful.  I had no idea there were some small waterfalls just up river from the usual stomping grounds.  There wasn't a lot of trash found on this part of the river, and that was surprising to me.  It also, told me that there are definitely others out there that care.

Couple hours later we all met back up at the tents and David from Lift Bridge Brewing began to grill up some goods, while we all drank some Lift Bridge brews and told fish stories.

It was a great day on the water, and I didn't even wet a line.  I will definitely be back to that section of river with my 3 wt and some small flies.  I spotted quite a few small trout zipping around while I was cleaning up.


I won't be around for the next clean up, but I should definitely make it out for the last one.  For a schedule, links, and more information about these river clean ups - please check out the links below.  Big thanks to all of those that did the organizing for these events!  Cheers!